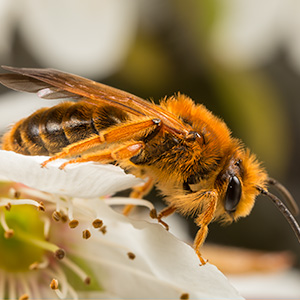 Where do bees live?

Bees live on every continent except Antartica. They live in deserts, the tropics, and everything in between. The highest diversity of bee species can be found in Mediterranean-style climates, but there are also a surprising number of bees to be found in deserts.

Often people think bees all live in hives with queens, workers, and drones. Only honey bees do this, and they represent just a few species out of the estimated 25,000 types of bees worldwide. Most of our native bees nest in the ground, and others nest in wood cavities or inside old hollow stems.

What can I do to help?

Bees have simple needs: food and shelter. Good food for bees means a diverse banquet that’s available during all seasons of the year—especially early spring and late fall. Shelter means spots for bees to live, plus the raw materials they need to construct their nests. Providing a perfect habitat for bees—in your own garden, balcony, workplace, or community—is one of the most critical actions you can take to help bees of all kinds right away.

Feeding the bees 🌻Homes for bees 🏡

Fungi Perfecti is a company founded by Paul Stamets, currently producing mushroom mycelium that is beneficial for both human and bee health. Working alongside scientists at Washington State University, they have demonstrated that extracts of polypore mushrooms confer an immune benefit to bees. They have also been working with beekeepers, and hope soon to introduce a native bee feeder that anyone can put in their own garden, so bees may sip beneficial mycelium to boost their immunities. In the meantime, they have suggestions for mushrooms you can grow yourself to provide an immunity boost to your local bees.Read more

Where has all their habitat gone? 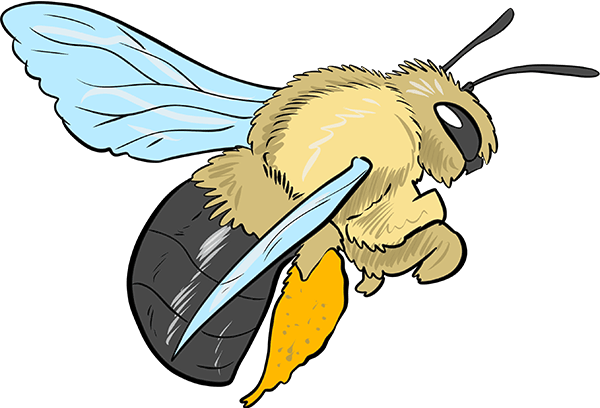 Throughout the world, there have been significant losses in bee habitat. In the United States, grassland prairies—once rich habitats supporting pollinators and wildlife—are now functionally non-existent. Recent surveys suggest close to a 99.9% loss over the last 150 years, primarily due to increasing agricultural intensification. In the United Kingdom, roughly 97% of native wildflower habitats have been lost since the 50s for the same reason.

Similar losses are occurring in other ecosystems that once supported pollinators. Increasing human populations are driving ever-increasing conversion of wild areas for farmland, suburban, and urban purposes. With these areas come other threats to bees, including increased pesticide use, poor habitat management practices (mowing down wildflowers before they are able to set seed), and other varied problems that come with living alongside increasingly dense human populations.

Even increasing honey bee densities can have a negative impact on our many thousands of native bee species. There are tens of thousands of honey bees in a hive, which means that each location requires a plethora of floral resources to support so many more bees. If you’re a beekeeper, you can help by carefully selecting spots for your hives—ensuring there are copious numbers of flowering plants throughout the bee seasons—so that competitive pressures do not reduce native bee populations. 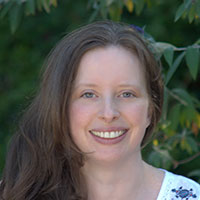 An occasional email newsletter from Elise Fog (bee enthusiast), including gardening advice for particular times in the bee season, as well as discussion of curious bee facts, current scientific bee research, and other such bee-related goodness.

I only use your email address to send you occasional bee-related emails (opt-out any time). Read my full privacy policy.