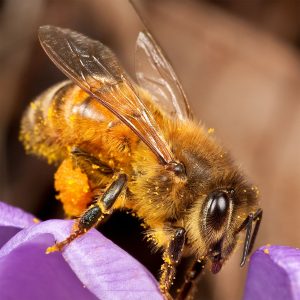 I read a tremendous amount of depressing environmental news (just follow who I follow on Twitter and you’ll soon see what I mean). All of that depressing stuff is important, but it’s nice once in a while to take a break and read something uplifting.

One such bee book stands out particularly, and it’s about bumblebees 😊 That’s where I learned about bees and other pollinators having smelly feet! Thank you Dave Goulson for writing a book about bumblebee conservation that’s also a delightful read where one can learn along the way!

Dave Goulson’s A Sting in the Tale: My Adventures with Bumblebees

Professor Goulson also wrote another book about his meadow in France. As he mentions (in a very amusing passage in his first book), he acquired a derelict rural French farm, and has been transforming it slowly into an amazing refuge for wildlife and particularly pollinators. He has another book coming out soon too, which I can’t wait to read, called Bee Quest!

Dave Goulson’s A Buzz in the Meadow: The Natural History of a French Farm

Another very interesting book I’ve read recently is all about honeybee swarming. I wouldn’t say it’s an ideal read for anyone sensitive to the use in science of experiments resulting in bee deaths, however. Take that as a warning… I had real trouble reading some bits in particular. You’ll definitely learn a great deal about waggle dances and honeybee swarms though! He also draws some interesting parallels between honeybee swarming behavior and human group decision-making.

Professor Seeley has written a newer book that’s a joy to read, even if you never end up beelining (following feral honey bees back to their hives!) In it he also discusses the bee deaths that resulted from his earlier research with remorse, and talks about how he would do it differently if he could do it again. This is a charming bee-centered romp through the Arnot Forest of Cornell University.

Tom Seeley’s Following the Wild Bees: The Craft and Science of Bee Hunting

Here’s another book I read years ago (with a somewhat off-putting title!) Although it’s an old book by today’s standards (1988!), I still remember it well. Written from a beekeeper’s perspective, it’s a more lyrical, subjective view on honeybees, filled with observations, and written by someone who clearly loves and values them.

William Longgood’s The Queen Must Die: And Other Affairs of Bees and Men

There’s also the Xerces Society’s 384-page illustrated guide to creating pollinator habitats. It’s a fantastic gardening resource with beautiful photos (including a few of mine)!

Now for the recommendations of books for little ones 😊 For older toddlers and younger children, there’s this one, which is beautifully illustrated (not just all the bees, but flowers and other woodland creatures too):

What If There Were No Bees? A Book about the Grassland Ecosystem

Another one I just read out loud recently is this one, which covers numerous pollinators and their special adaptations to their specific host plants (and I learned a bit from the last page too!)

For younger toddlers and fans of Pooh Bear, there’s this little lift-the-flap book (which draws the connection between garden plants and bee pollinators):

And then for younger toddlers and older babies, there’s a fantastic “animotion” book, a very charming story illustrating the vital importance of bee pollinators:

I’ll add more to this list when I find them! If you have any suggestions, send me a tweet 😊

Note that most of these are Amazon links that provide me a very small affiliate tip that helps to support my work here (alternatively I recommend signing up for Amazon Smile, so that you can send a very small percentage of your purchases to the organization of your choice, perhaps the Xerces Society (U.S.-based) or Buglife (UK-based).

I have reservations about Amazon as a company, especially given the poor grades they get in terms of renewable power usage for their data centers (which power an estimated 1/3 of all internet traffic worldwide).