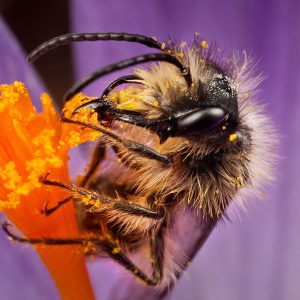 One of the most alarming recent developments is that individuals and governments, understandably fearful of mosquito-borne viruses such as zika, dengue, and chikungunya, are turning to pesticides for solutions. The GOP have just tried to relax vital pesticide restrictions for waterways, when the two Aedes mosquito species (the ones that serve as vectors for these diseases) do not even use such waterways for breeding.

Too many stores, brick/mortar and online alike, are pushing the latest personal insecticides and foggers with which to use them. Pest control companies, eyeing new profits, have been quick to rush in with the latest deals on professional pest elimination services. The insecticides we currently have are not precise or targeted. They kill insects of all kinds, good and bad alike, persist in soils, and drain into waterways, killing land-based and aquatic invertebrate life and threatening all life which depends on it.

This bill is back again, now known as the Reducing Regulatory Burdens Act of 2017. It is vital to make your opinion known to your elected representatives.

Instead, it would be prudent to understand these specific mosquitos, whose chosen breeding grounds are much smaller bodies of water, such as one finds in empty beer and soda cans, old tires, discarded containers, uncleaned house gutters, etc. Eliminating these breeding grounds is far more effective than blanket spraying of potent toxins, which have so many broad-reaching impacts on our local biodiversity and ecosystems.

Humans will likely adapt to bleaker, more sterile environments, but it’s not a pretty picture to imagine us hand-pollinating our crops (we’re far worse at it than bees!) And I don’t suppose any of us would be happy with a diet based primarily on wind-pollinated crops such as wheat and corn.

Statistics suggest we have lost half the world’s wildlife in the last 40 years. Bee losses are increasing, with common bee species populations dropping dramatically in recent years. What we need are responsible agricultural practices (organic and agroecological), coupled with sensible gardening and public space maintenance. Anyone can help our bees by providing them safe places to feed and live, sharing information with neighbors and communities, and pushing grassroots efforts to change our society’s farming practices.